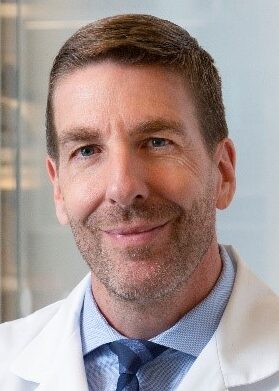 Clemens Scherzer, M.D. is a physician-scientist and Professor of Neurology at Harvard Medical School. He is the Founding Director of the APDA Center for Advanced Parkinson Research and the Precision Neurology Program at Brigham and Women’s Hospital. In his clinical practice he serves as movement disorders specialist at Brigham and Women’s Hospital and Massachusetts General Hospital.

Scherzer is a pioneer of precision neurology, whose research has led to the discovery of genetic drivers, biomarkers, and therapeutic targets for Parkinson’s, and is inspiring clinical trials. Analogous to how a search engine targets advertisements to a user, his goal is to precisely target drugs and tests to the disease driver in each patient using biology-wide searches (Science Translational Medicine, 2010). To achieve this, his laboratory is building the ParkinsonDiscovery Engine powered by massive genome, biology, and health data at the scale of brain cells, patients, and populations. This work is discovering how gene-regulatory mechanisms modulate PD: Enhancer RNAs are emerging as a primary link between GWAS variants, PD, and schizophrenia (Nature Neuroscience, 2018); GATA factors (PNAS, 2008) and the beta2-adrenoreceptor can regulate the alpha-synuclein gene driving risk of PD (Science, 2017). Very recently, his laboratory uncovered how distinct types of GBA mutations quantitatively drive substrate accumulation and disease progression in 10% of PD patients (Annals, 2016; Lancet Neurology, 2017; Neurology, in press) — findings that have contributed to the first PD gene-targeted clinical trial ever conducted in the US. In 2008, Scherzer co-founded the Harvard Biomarkers Study, which today with more than 3,000 participants is one of the largest longitudinal biobanks for Parkinson’s in the world, and a major part of the public-private Accelerating Medicines Partnership for PD (AMP – PD), the $24 million flagship endeavor of NIH and industry.

Scherzer received his M.D. from the University of Vienna, completed his medicine internship and neurology residency at Emory University with Mahlon DeLong, and movement disorders fellowship at Massachusetts General Hospital. He has served on the Scientific Advisory Board of the American Parkinson Disease Foundation, the Vision Setting Panel of the US Department of Defense, and the Steering Committee of the NINDS Parkinson’s Disease Biomarkers Program. His work was recognized with the Dr. Paul Beeson, the George C. Cotzias Memorial, and the Safra Global Genetics Consortium Awards, and featured in Science, Scientific American, Washington Post, US News & World Reports, and NOVA Next.